Ten years ago was a Tuesday. I was in my hometown of Belle Fourche, S.D., having spent an extended weekend with my then-boyfriend who was visiting from Texas. I left his parents’ house around 8 a.m. MT that morning, teary and already missing him, knowing it would be months before we saw each other again. 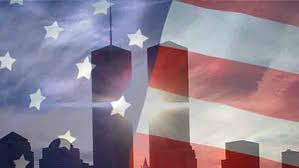 I drove the few miles to my childhood home to bid my family adieu before starting my six-hour return trip back to Laramie, Wyo., where I was a student. I don’t clearly remember, but I suspect I was listening to a CD on the short drive, eliminating any news delivery. I walked into the living room and saw on the TV coverage of the attacks on the World Trade Center. I distinctly recall the image of the towers, smoke billowing from the gaping holes, and the planes, incongruous and completely displaced in their surroundings.

Unfortunately, due to the lack of radio stations on my journey, that image and the small bit of information I gathered from my parents’ TV would be my solitary news of the events until I arrived on the University of Wyoming campus hours later. To say it was a long six hours would be an understatement. After dropping my luggage on the second-floor dorm room, I immediately switched on the TV and learned more details, including the Pentagon and Flight 93, as well as news that the twin towers of the World Trade Center had collapsed.

As a 20 year-old, small-town girl, I had always dreamed of visiting New York City — the buildings, the culture, the people. And I would walk those streets and see the sights, but not for a few years. So, on that day in 2001, all I had were the photos, the news reports and the stories of others to paint the picture. Having no tangible connection to the day’s events, I found it difficult to decipher my feelings. I recall deep grief and compassion for those involved, as well as fear — both personal and relating to our country as a whole  — and bewilderment. How could this happen? Why, why, why would anyone intentionally cause this much harm and anguish to their fellow human beings?

Throughout the day and those that followed, I found that my feelings were mimicked by many of my fellow classmates at the University of Wyoming. I vaguely recall gathering in the grassy area of Prexy’s Pasture a day or so following 9/11 to listen to a speeches by students leaders and faculty. Specifically, I remember the message of not treating Muslim students any differently based on the attacks. Perhaps my young self was naive, but, just as it was difficult for me to fathom how anyone could commit the acts of 9/11, I remember wondering at that moment how anyone could discriminate an entire religion and act in anger against a young student solely based on their beliefs.

The tragedy of 9/11 was, unfortunately, joined by another just days later — one that hit much closer to home for students at the University of Wyoming — and it is impossible for me to separate the two when I recall 9/11. On Sept. 16, 2001, a group of eight cross-country runners were killed when their vehicle was struck by the vehicle of a fellow University of Wyoming student. The young man who caused the head-on collision, just 20 years-old at the time, survived and later admitted that he was driving drunk at the time of the accident. Although I did not know personally any of the eight who perished or the driver who survived, it was difficult if not impossible to not be affected.

As I compose this from my living room, I’m simultaneously listening to live coverage from New York City of the 9/11 memorial service. Robert Siegal of NPR’s All Things Considered is describing the setting.

“We can see the Freedom Tower, 80 floors built so far and the first new construction that is rising from the site of the old World Trade Center. It hasn’t been a smooth decade of recovering this site, physically . . ..”

Also describing the not-yet complete commemorative museum dedicated to 9/11, Siegal states, “it will be quite a memorial those who lost their lives 10 years ago.”

I feel fortunate in the nearly 31 years of my life to not have many days that are burned into my memory because of tragedy. But, 9-11-2011 and the days immediately following, do fall into that category. In addition to the those initial scenes viewed on my parents’ TV, I have two images that come to mind whenever I think of 9/11: a photo on the cover of TIME Magazine of the World Trade Center taken moments after the second plane struck and the second, a fireman covered in debris and ash.

Regardless of location, we are all witnesses of history on this day 10 years ago. As I listen to the sobering, personal accounts from individuals calling into NPR — those who were in NYC and at the Pentagon, thousands of miles away and, everywhere in between — I am saddened by their stories but also extremely grateful for my life today. On this day, I observe and give thanks to the brave men and women who gave their life at the site of ground zero and overseas in the aftermath of the tragedy. How will you remember?