this week in our kitchen: summer strawberry tart

I subscribe to three magazines: Bella Grace, Harvard Business Review and Real Simple. This list of thoughtfully curated and a quantity that is much reduced from my heyday of basically receiving any and all magazines that interested me, resulting in a lot of unread pages and waste (luckily, I was able to re-use + share these with coworkers by dropping them in the lunchroom).

I’m pretty proud of my significant slimming down of subscriptions, the same of which can be said about my dwindling book collection. It feels good to not only have less but be intentional about those things which I do let in. So, imagine my surprise when a new magazine, Shape, began making an appearance in my mailbox a few months ago. How? Why? Was it some sort of cruel anti-minimalism joke?

And, while the source still remains a mystery, I am finding some use of the magazine, including a yummy summer recipe we made (okay, my husband made) and brought to a holiday gathering a few weeks ago. Not only was the dish a treat to the taste buds, but it was also enjoyed by all — even those with dairy and gluten sensitivities. Additional bonus points for maple syrup being the only added sweetener. We used the pure-Canadian variety from our honeymoon adventures. 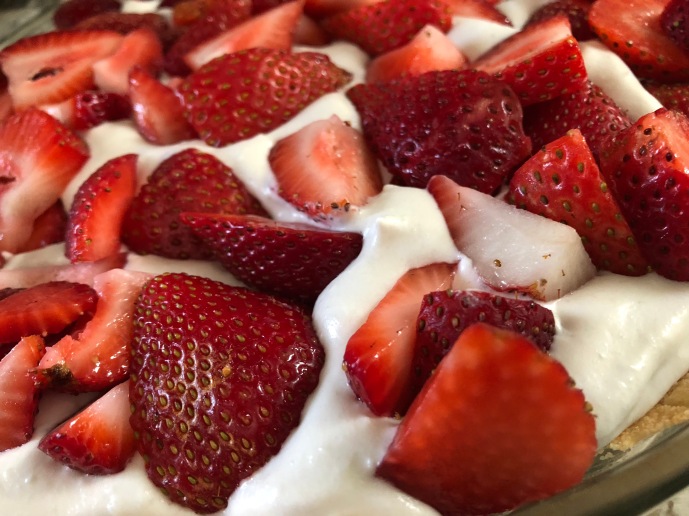 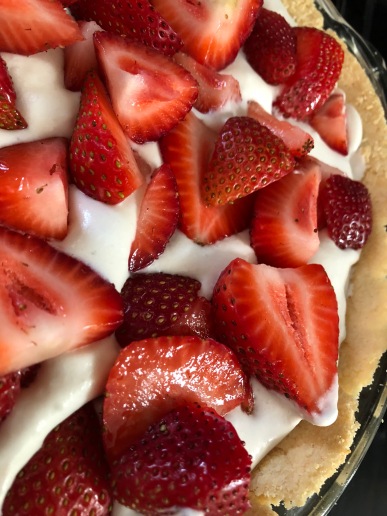 nicjoy.me View all posts by Nicole

2 comments on “this week in our kitchen: summer strawberry tart”